Good / AnonymousVPN has a cool name.

Bad / With expensive pricing, poor speeds, and lacklustre everything else–AnonymousVPN does nothing to impress us.

Verdict / AnonymousVPN cannot live up to its name in security, nor speed. Despite being Popcorn Time’s “recommended” VPN, we can’t recommend it.

AnonymousVPN first caught my attention as I was researching Popcorn Time VPN. We’ve written a few helpful articles on Popcorn Time, like the best Popcorn Time alternatives, and helping you decide if it’s safe to use.

In this AnonymousVPN review, I’ll go over if it’s worth using and what is good or bad about it.

AnonymousVPN isn’t the cheapest VPN, to start. You can either pay for a small trial that lasts three days for $2, or you can pay monthly for $12, or you can pay for a year for $69. These are pretty expensive, right up there with ExpressVPN which I consider to be one of the most expensive VPN providers.

You also don’t have Bitcoin as an anonymous payment option with AnonymousVPN since its not supported, so perhaps already we are starting to see that AnonymousVPN doesn’t help you be anonymous, at least when you pay for it. They accept credit cards. They do give refunds up to three days, although the website makes it confusing by claiming that they will refund you up to 14 days of payment. I would wager to say that it’s the shorter option.

If you want a cheaper VPN option, check out TorGuard VPN, since we have a special discount code “Best10VPN” that gives you 25% off a $9.99 per month plan or even cheaper $29.95 6 month plan. 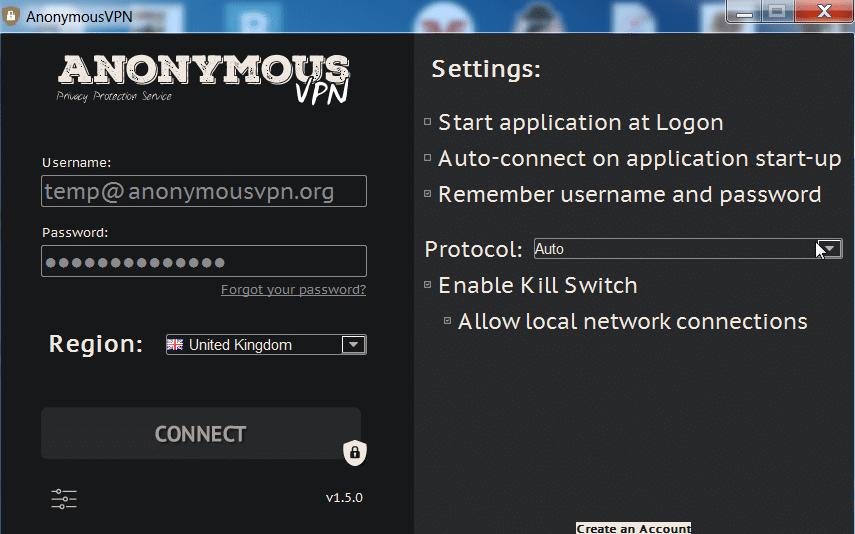 AnonymousVPN has a very basic looking software. It’s just black and white in terms of color and style, but it’s easy enough to use. You can configure a small amount of settings, and it has a kill switch, but nothing too complicated or fancy for power VPN users like we’ve seen in some other VPN apps like TorGuard or IPVanish.

AnonymousVPN doesn’t have a native iOS or Android app. You’ll have to connect to their VPN servers through the OpenVPN application–which isn’t bad, but still not as convinient.

AnonymousVPN says that they support an unlimited number of devices which is cool in theory (not sure how this would work if they actually grew a large user base), but they don’t have any other extra services and features to speak of like proxy support, company sold pre-flashed VPN routers, stealth VPN for Chinese or other censored countries, or extra security features within the app like scripting and dedicated IP servers. 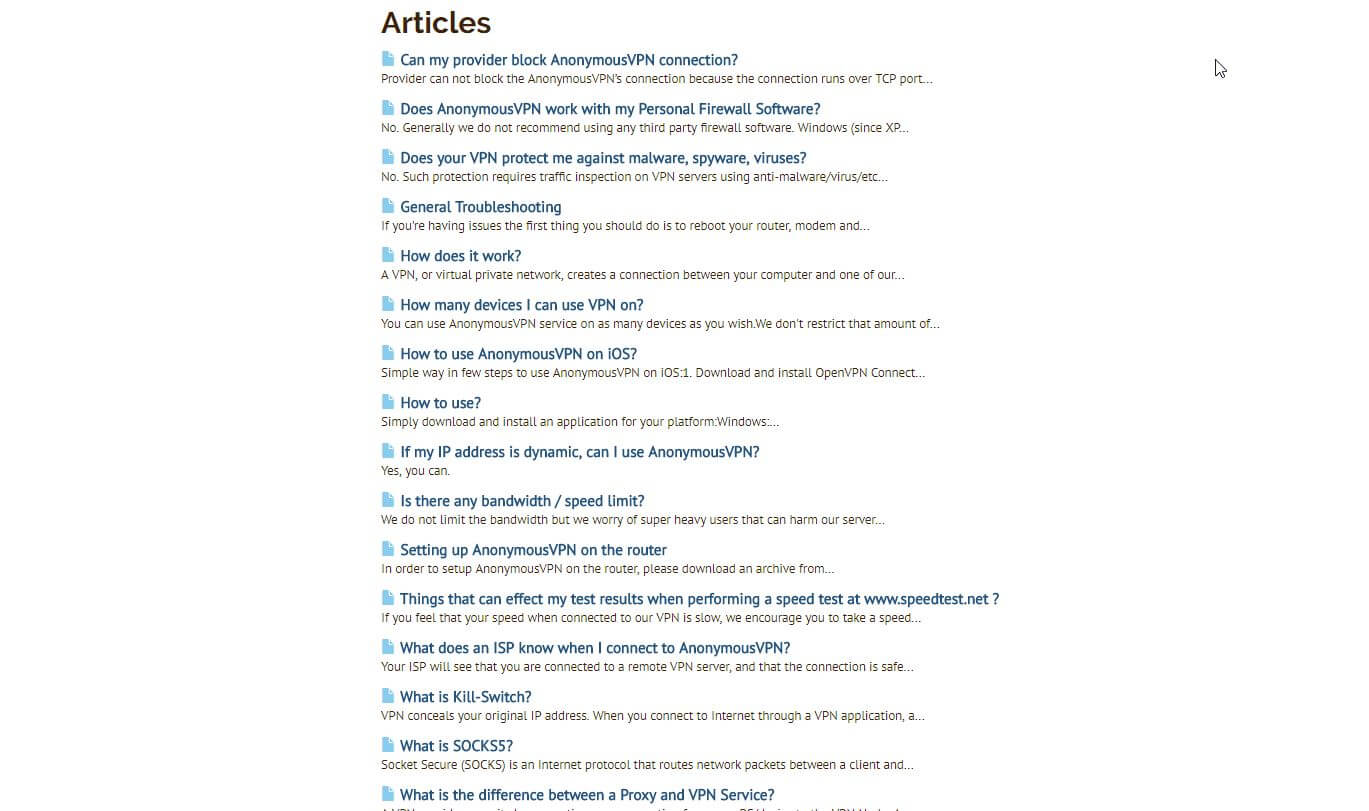 AnonymousVPN’s website is fine. It has a cool modern style but there focus on a guy with a beard feels a bit misplaced. The logo and branding feels more suited to some sort of beard oil startup company or a man’s monthly subscription goodie box.

Additionally, there is a lot of buzz words and text without details that include valuable information. The site guarantees security but they don’t explain what type of encryption they use in the app. The faq is also a bit spread out over so many pages it takes awhile to navigate.

Being a smaller VPN provider, AnonymousVPN has around 20 location worldwide. There are bigger and better VPN servers with some other VPN providers, so we weren’t that impressed with this selection missing things like servers in South America.

Besides claiming that they used industry standard encryption, I couldn’t find much on AnonymousVPN’s encryption strength. Yet, they don’t seem to collect many logs which is good, but for a paid VPN I would expect nothing less.

AnonymousVPN has very poor speeds. Even while browsing or connecting to the VPN, we found their speeds barely useable. The funny thing is that Popcorn Time is partnered with them in some sort of affiliation agreement, but they aren’t good for streaming–for sure.

AnonymousVPN has decent support via ticket, but without live chat, you’ll be waiting a day or so for any response tickets to be answered.

AnonymousVPN is just another VPN provider claiming it all without performance. Sometimes I feel bad rating VPNs this poorly, but I have to be honest with my ratings and recommendations since its your money and time you could be wasting.