Much like China, Iran, Indonesia, North Korea, and the United Arab Emirates, among others, Egypt has been the object of Internet censorship for quite some time now. The current government, led by Abdel Fattah el-Sisi, works very hard to prevent people from gaining access to a vast array of Internet sites, mostly news and dissident’s’ blogs.

Earlier this year, specifically in June, the government blocked 65 internet sites, bringing the total to more than 400. While it can be understandable (though not justified) that the central authorities want to censor Internet access for the people to avoid terrorism and differences in political currents, these people have human rights that they need to defend and enjoy, and one of them is the right of timely and opportunistic information.

There was a time that, in spite of the massive block of pages and web services, Egypt authorities allowed the use of VPN, or Virtual Private Networks, an online tool that lets the user hide its IP address and therefore unblock sites around the world. Egyptians used VPN to bypass the Internet censorship and gain access to all the web addresses that government restricts.

However, the pursuit of Egyptian authorities to the people and dissidents got more intense in August, when they banned the use of encryption measures like Layer 2 Tunnel Protocol (L2TP) and the Peer to Peer Tunneling Protocol (PPTP), further complicating matters for ordinary people that wanted to access the blocked sites.

VPNs not only hide the user’s IP address but make them reap the benefits of that feature: they can unblock geographically restricted sites around the world because these pages and services recognize the borrowed IP address that users acquire from their use of a quality VPN service provider. This is how people can surpass the Great Firewall of China, for example, and how a French living in South Africa can watch TV from his home. However, Egypt has gone so far as to block websites and also VPNs.

Until last month, most VPN providers took advantage of the OpenVPN protocol, still available up until October 12th. It is evidently clear that the government is against the free use of the Internet in the country, and since VPN let users bypass the restrictions imposed, they opted to ban the use of nearly all VPN security encryption protocols.

However, if you live in Egypt, or are visiting the country for a season, you may need the Internet for communicating with your family and friends and performing some simple job activities or a quick Internet search. There are still ways to open pages or to obtain a VPN.

To bypass Egypt OpenVPN ban, you need to do one of the following things:

You can’t access TCP or UDP for VPN in Egypt because authorities make sure they are both blocked. However, you do have access to Transport Layer Security (TSL) via the TCP Port 443, which HTTPS (Hyper Text Transfer Protocol Secure) employs. Since many online retailers and stores implement this particular security measure, it is challenging to block for the government. You just have to direct OpenVPN protocol via this tool and voila! You will have Internet access without restrictions. While the Egyptian authorities perform deep packet inspections to identify VPN connections and block them, the DPI does not work for the Transport Layer Security or Secure Sockets Layer (TLS/SSL) encryption.

To successfully bypass Egypt’s OpenVPN ban, you can also use stunnel, which is a tool, in the form of software, which builds TLS/SSL tunnels for secure encryption. Stunnel is an open source platform that anybody can get with relative ease.

If OpenVPN traffic is rerouted through one of those tunnels, it will be insanely complicated for the government to tell the difference between a TSL/SSL tunnel and HTTPS traffic, which is a secure way to unblock web pages and traffic in Egypt under the current political scenario.

An extra security layer of TLS/SSL encryption protocol contains the OpenVPN traffic, so while deep packet inspections can access the external layer, the internal remains a mystery from the undesirable eyes of the Egyptian communications and Internet regulators.

Of course, to create SSL tunnels, you need to be able to access the web page of your VPN provider, which will be a tricky proposition given that its page is not available.

What Obfsproxy does is obfuscate the traffic generated by OpenVPN. What is this? This tool takes your traffic and hides it in an obfuscation layer, away from the prying eyes of the deep packet inspection. It works for China, and you can use it in Egypt, too, where restrictions are getting to very annoying levels. If you are going to travel to Egypt, be sure to get in contact with your VPN client to set this service up.

Shadowsocks is another useful online resource that helps users bypass censorship in countries affected by it, mainly China and Egypt. It functions as a proxy application, specifically a Socket Secure (SOCKS5) proxy, and is of the open-source variety. A very similar alternative, Surge, works for the iOS operating system.

Psiphon achieves success because it combines SSH, VPN and Obsfuscation technologies to circumvent censorship where it is needed. You can use it as a VPN, and in cases where VPN is blocked, like Egypt, users can “switch” to SSH or SSH+ to bypass the restriction.

While VPNs are excellent encryption tools that give you privacy, anonymity, and the ability to access and unblock restricted sites around the world, Egypt is a very particular case, because the country bans virtually any VPN provider, cutting off their “wings,” i.e., their encryption protocols. L2TP is prohibited, so are OpenVPN and PPTP.

However, there are still some options you can use for Egypt, for example:

This choice is known for its excellent customer care service, efficient encryption and added privacy in your online sessions. Most importantly, they have designed their software to work within censored countries like China, and will continue making adjustments to provide the best VPN service in Egypt. You will hardly get a more private, anonymous VPN than TorGuard.

PIA offers comparable speeds and encryption protocols that some of the best alternatives in the market but at a more affordable monthly price. To bypass Internet and VPN censorship in Egypt, PIA staff recommends setting up an L2TP connection, and if that doesn’t work, they recommend using their Google Chrome extension, in this link: https://chrome.google.com/webstore/detail/private-internet-access/jplnlifepflhkbkgonidnobkakhmpnmh?utm_source=chrome-app-launcher-info-dialog. It supports making HTTPS, and secure web socket requests through their proxy. 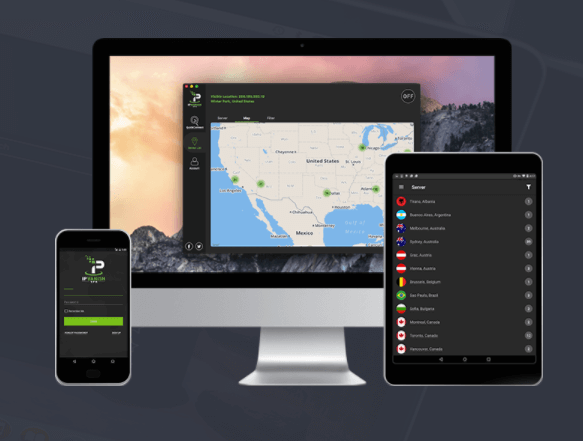 While the IPVanish VPN is one of the better, affordable and faster options in the market, it has encountered difficulties to open the official site just like many of the other options. You can still use it to bypass censorship, though, and take advantage of the fastest speed around (up to 74 Mbps), servers in 60 nations (including one in Cairo) and robust encryption.

To bypass Egypt OpenVPN ban with VPN, you should:

In conclusion, Egypt government has been toughening up the Internet censorship among its citizens, causing disappointment and rage because of the human rights violations and the inhibition of one of the most basic privileges of the human being. The Egyptian authorities blocked almost 500 sites this year, including some VPN pages. But there are still ways to fight censorship and use VPN to enjoy the benefits of being informed in a country where knowing too much can result in punishment.