Cryptostorm is an interesting VPN–mainly due to it’s strange and…awkward history in which it’s former (and perhaps current) CTO Douglas Spink was involved with smuggling coke and operating bestiality farms.

Since Cryptostorm’s staff is anonymous, and their website looks like the work of a deranged madman, I’ll let you make your conclusions if this company can be trusted with your security. Some speculate that if Douglas Spink still runs this VPN, it could be a honeypot for the FBI since they likely monitor his activity.

In this Cryptostorm review, we will try to take an unbiased approach to seeing if this VPN is worth your time and money–based on its merit and quality alone, despite its questionable history. 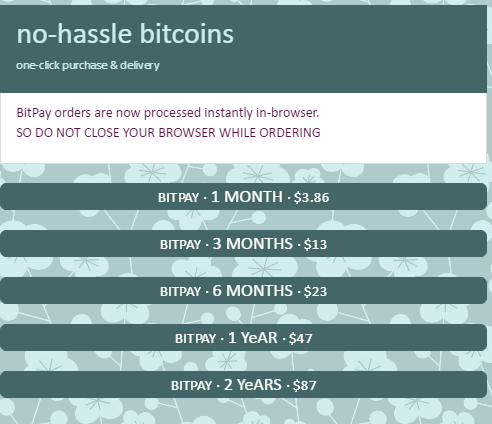 Cryptostorm’s pricing model isn’t wrong. It starts at $3.86 for one month, $13 for three months, $23 for six months, $47 for one year, and $87 for two years. This is some of the cheapest VPN pricing we’ve ever seen. The cool thing about Cryptostorm is that they also use a token system in which you can pay for their service anonymously with Bitcoin without even an email.

Cryptostorm’s software is both visually complicated and quite simple. It’s easy enough to navigate to settings and change options, but connecting to the service can be strange.

There are buttons here you might not be accustomed to, like “update” which seemingly refreshes nodes, and a large box which gives you details on your VPN connection. Finding a server is relatively simple, but the process bugged out for me the first time I tried to connect. It took me switching from three servers to find one that worked, but then after that, things worked fine for awhile.

However, upon restarting the app and trying again, Cryptostorm failed to connect and eventually froze without any way to shut it down beside restarting my computer…

Once Cryptostorm connects, it automatically moves into your taskbar which is kind of annoying. You have to click on it again there to bring it back up.

Overall, when it works, Cryptostorm doesn’t have the worst VPN app out there, but frequent bugs, and slow connection times make the experience less than ideal for consistent reliable use.

Cryptostorm doesn’t have a mobile app for you to use, but you might have luck getting the OpenVPN client to work.

Cryptostorm focuses on VPN, and from their website, it’s actually kind of hard to tell if they want, or do offer anything else. Nevertheless, if you want some good VPN extra services, check out a VPN like TorGuard which, goes above and beyond with things like encrypted email, dedicated IPs, Netflix access, stealth servers for censored countries, proxy extensions, and more.

Cryptostorm has one of the weirdest sites I’ve ever seen. To say that their website copy is unclear and highly technical would be a gross understatement. For the most part, checkout works fine, but it’s hard to get a good gauge on what Cryptostorm is trying to do with their awkward website design and cluttered instructional copy.

VPN noobs stay away, and VPN experts seeking detailed and understandable information, look elsewhere too. It doesn’t help the site’s aesthetics or legibility that the site is cluttered with weird symbols and backgrounds that look ripped off an 80-year-old woman’s home glued on wallpaper.

Cryptostorm has a decent amount of servers to choose from, and most of the ones we tested worked fine. However, sometimes it can be hard to connect to individual things when the software glitches out and connections frequently stumble.

Cryptostorm, if anything, seems intent on clearing a name for itself in the private sector, as it is one of the only VPNs to push forward their unique token payment system and account creation. Combined with AES-256 and a 2048 bit RSA key, their privacy isn’t half bad.

However, while the token idea is a cool idea in theory, it doesn’t mean much if their service is infiltrated by the FBI or used as a honeypot (which might be the case). Regardless, other VPNs don’t really need this system as most solid VPNs don’t keep logs of user activity and IPs are anonymously shared to prevent single accounts from being isolated.

Cryptostorm is also based in Canada, which is worth noting since they do have some mandatory data retention laws.

Surprisingly, while Cryptostorm doesn’t seem to care at all about website presentation, or how polished their software is, their rates are very good. We received high rates while torrenting (20 Mbps or so) and decently tested speeds.

Since Cryptostorm doesn’t have a support page, live chat, or any visible guides on their website, I would take a guess that customer support isn’t a first priority. They do list their social media which could be an option…

Cryptostorm is very rough around the edges, and despite good speeds, we can’t find any other remarkable things about it as a VPN service besides its token system that would make us give it as a recommendation. It’s user-friendly, accessible for mobile devices, or even reliably stable on Windows.

Thanks for reading our Cryptostorm review! Let us know what you think of it in the comments or forums!