Private Internet Access catches a lot of people’s attention since it’s so cheap. It’s also extremely popular, which makes it the first VPN people like to try out. At one point, it might have been the best VPN out there due to the cheap price, fast speeds, and excellent app. However, in recent years, it’s degraded a bit, and we’ll discuss why and how that is in this Private Internet Access Review!

Private Internet Access has one of the cheapest VPN starting prices at only $6.95 a month. Their yearly price is also extremely cheap at only $39.95 a year. However, their 6-month price is barely any cheaper, at $35.95. If you’re looking for the cheapest VPN for 6 months, check out TorGuard VPN ($29.99 for 6 months).

Private Internet Access offers all standard payment options including paypal and visa, but they also include BitCoin and gift cards as a checkout option.

However, if you want to get a BitCoin refund, you might have to jump through some extra hoops since they make you contact an external BitCoin vendor for payment refunds. But this is standard with most providers who accept bitcoin. 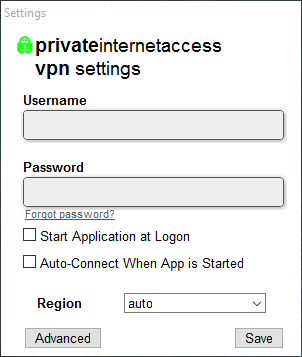 Private Internet Access has an extremely small client. Once you connect through their VPN software, it likes to hide in your taskbar. If you want to access the client settings, you need to pull up the original login panel. 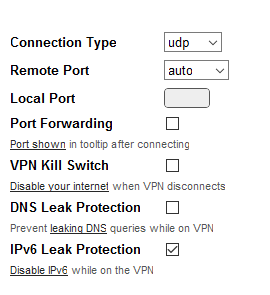 From here, you can toggle useful security settings like DNS leak protection, port forwarding, a kill switch, and IPv6. Besides TorGuard VPN, PIA is one of the few VPNs to include all of these mandatory security features.

Even though it’s simple, Private Internet Access’s client is very powerful, reliable, and just plain fast. We didn’t encounter any bugs, and the installation was flawless.

If you’re looking for an easy to use VPN client, Private Internet Access fits the bill.

Private Internet Access has a great mobile application for iOS and Android that is virtually identical in appearance to their PC app. Simply download the app, enter your credentials, and you’ll be able to pick your server and just connect.

There’s a lot of bad VPN apps out there, but PIA–while not particularly innovative (there aren’t any VPN apps that are actually that complex or powerful), gets the job done exactly how you need it to.

Private Internet Access has a TON of servers across the globe. They claim to offer 3023 servers in 21 different countries. That’s the largest amount of servers we’ve seen yet–although not the most locations (that goes to TorGuard VPN). The San Francisco server worked very well, and all locations worked when tested.

Private Internet Access claims that it doesn’t collect any user logs. They only collect information from site use and emails they receive. They also support 256-bit AES encryption as well as the option to increase the handshake bit rate up to 4096 bits (a bit overkill). Overall, a very good privacy policy for users wanting to remain anonymous.

Speeds for PIA are quite fast. I tested out the new Silicon Valley server first through a BitTorrent file download. Without PIA VPN active, I averaged around 21 Mbps and downloaded a 1GB file in 00:01:12. With PIA VPN active, I got an average of 20 Mbps, and it took me 00:01:29 to download a 1GB file. From these results, I was very impressed. 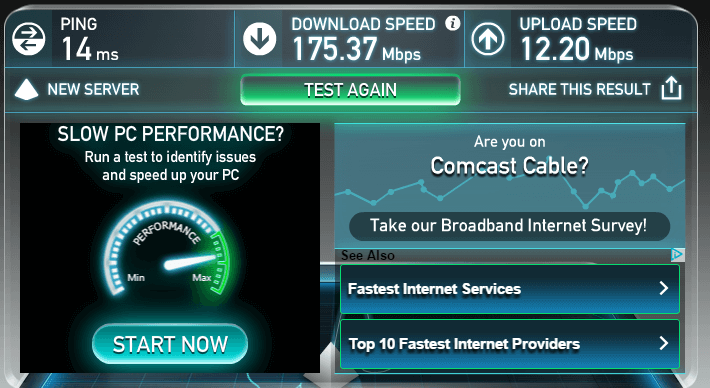 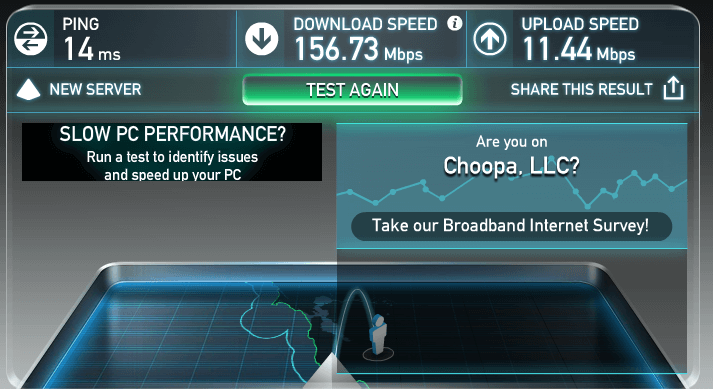 Here are some other results from various servers from daytime speeds:

From these comprehensive tests, there are some significant drops in speeds depending on how far away the servers are, but that can be expected. If you’re looking for a fast VPN, PIA is an excellent choice.

Private Internet Access focuses mainly on their VPN offering. They do have a proxy, but documentation is limited as well as support. They do allow up to 5 simultaneous connections which is very good.

If you’re looking to stream Netflix or other streaming services by using unrestricting geo-restricted content, check out TorGuard VPN. Private Internet Access has come out saying that they don’t plan to support using proxy or VPN to access this Netflix, BBC iPlayer, Hulu, or HBO Go.

Private Internet Access has Roger Ver on the advisory board. He’s a known proponent for the Bitcoin spinoff, Bitcoin Cash–which many consider a “scam” coin trying to use Bitcoin’s name for their own agenda. You can see this in various examples like the website “Bitcoin.com” actually being all about Bitcoin Cash.

Not only that, but PIA caused quite the stir when they decided to hire Mark Karpeles, as their CTO. A lot of people were upset with PIA, and this caused them to actually write a blog post explaining their actions. Mark Karpeles is a controversial figure who lost a ton of Bitcoin.

Websites like Fortune.com, explain why he is a controversial figure. “And while Karpelès ended up finding 200,000 of the Mt. Gox Bitcoins—and authorities believe the other 650,000 were stolen by outside hackers—he’s currently on criminal trial in Japan for charges of embezzlement, manipulation of electronic data, and breach of trust. Initially arrested in 2015, Karpelès was held in jail for almost a year on those charges.”

However, PIA thinks hes a good guy for the job, and thinks that forgiveness is key. “That’s why, as many have reported, we’ve brought Mark Karpelès into the firm. His many great successes, and mistakes, have made him strong and wise, and we can only learn from his experience.”

When I first reviewed PIA in 2015, PIA was a different VPN provider. Back then, they had full live chat, a forum community, and great speeds and the general over reception of the app was positive. Now however, things have shifted.

Private Internet Access shut down live chat in 2016, amidst many controversies. They stated they were hiring a new in house team, but live chat never resurfaced. Sometime in 2016 as well, they pulled out of Russia. They also stopped support Netflix since Netflix started blocking VPNs.

In the middle of 2018, Private Internet Access also shut down their forum community for no apparent reason, much to the community’s disappointment. Here’s one user on Reddit who express his views:

“Really disappointed with the forum situation, I relied on the guides and dialogue provided by other users to keep my digital life more secure and network up to date. Finding specific information now for anything more than double clicking a binary to install on a workstation is a nightmare.”

Other users also seem to be complaining about speeds lately as well:

Private Internet Access use to be better than it is today. However, it’s still better than most VPNs due to it’s cost, good applications, and good speeds on most servers.

Now though, with questionable management, and a degrade in customer service, website forums, and some speed complaints from users, it’s hard to recommend Private Internet Access as a #1 VPN provider, like TorGuard.