CactusVPN isn’t new to the field, but a lot of core features inside the VPN are impressive. In this CactusVPN review, we will go over how CactusVPN excels, but also some areas that could use improvement. Will you be able to get past the needles to reach the juicy fruit inside?

CactusVPN’s pricing page is a bit spread out since they elaborate pricings for different locations. Unlike most VPNs, they make their graphic extend into three separate images. Luckily for you, I’ve compiled them all into one!

CactusVPN’s standard rates are great at only $4.99 a month, 14.92 quarterly, and $59.88 annually. These prices are cheaper than most, especially the one-month pricing, but it’s strange that there isn’t a semi-quarterly option here (6 months). Cactus also offers a smart DNS package that includes a VPN for a standard $6.99 a month.

The worst thing about CactusVPN’s pricing is that they don’t let you pay with Bitcoin–the best anonymous way to pay for a VPN.  They do have a thirty-day refund that is nice to see as well as a great trial system that lets you jump into the VPN for 24 hours! 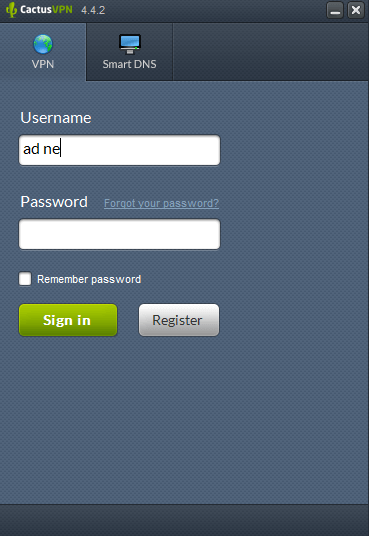 But once you get in, though, CactusVPN feels incredibly smooth. The application has a nice simple design with a pale blue color scheme that feels new and modern. There are only a few tabs, but each tab is intuitively operated with toggles and switches. 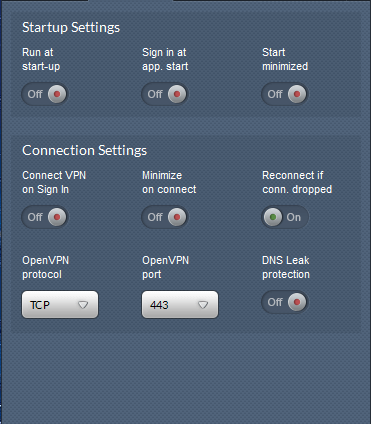 The first connection tab is where you will do a majority of your configuration. Here you can change your server by country, and then by city. You can also change your protocol to SSTP, OpenVPN (most recommended), L2TP, or PPTP. If you’re not sure what these protocols do, check out this guide here.  It’s great to see simple protocol switching here that doesn’t require manual configuration, and even though I would have liked to see more city options within the servers, it does cover a good selection of servers, and I received good speeds from each one I tested.

The settings tab contains some basic settings for you to configure like auto-startup, for the application to start minimized, to reconnect if your connection drops, and DNS leak protection. There is also an application kill switch that is great to see. I would have liked to see IPV6 security. 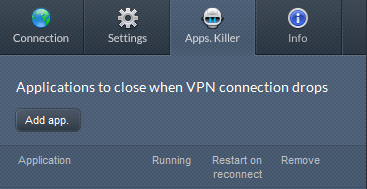 One annoying thing about CactusVPN software is that you can’t see the program on your main bottom taskbar. It resides mainly in the lower right of your taskbar. It likes to hide. If you want to open it, you’ll either have to click on your taskbar and find it, or move other applications out of the way that block its interface.

Overall, CactusVPN has a very solid VPN that is easy to use and featured filled. 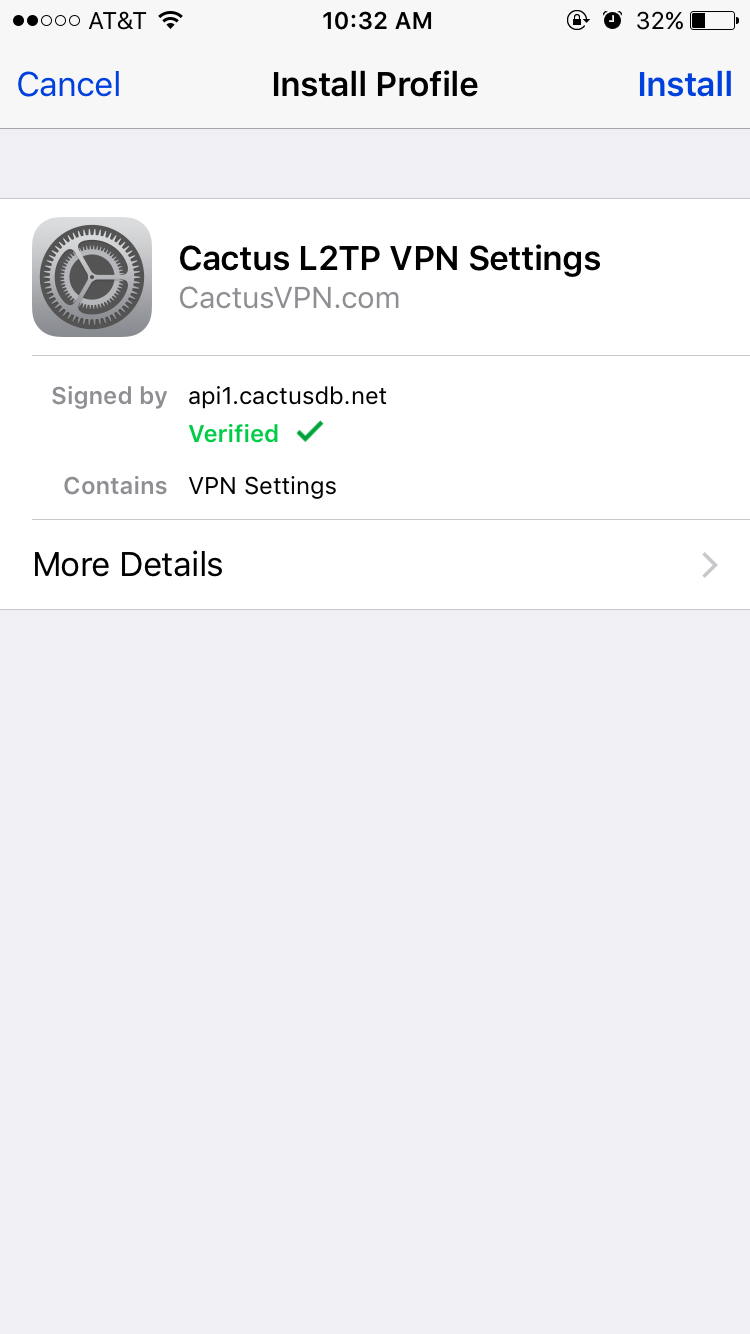 Most good VPNs give you decent enough speeds for anything. Whether that be streaming, gaming, or even downloading torrents. But despite that, Smart DNS  is a way for you to mask your IP address through a proxy server without the use of a VPN. There isn’t any encryption, so theoretically, your speeds will be faster. Traditionally, changing your DNS this way is more hassle than a VPN, but CactusVPN has it built into the same application which is neat. All it requires is a separate key to log in, and you’re good to go. If you’re not getting good speeds with CactusVPN’s main VPN, I’m not sure you’ll be inclined to try out their Smart DNS package. But if you are, there’s really no point to getting the Smart DNS package either.

Overall, CactusVPN’s Smart DNS is interesting to see, but I’m not sure how valuable it is alongside the power of a VPN that performs similar operations with more security. Smart DNS does offer higher speeds, but we got decent speeds with CactusVPN already. CactusVPN doesn’t offer much else for you–like enhanced security options for those of you in censored countries, encrypted email options, VPN routers, or browser extensions.

CactusVPN comes with three simultaneous connections, provided on each connection you use a different server.

CactusVPN has a modern cartoony look that makes the site feel very user-friendly. The main page isn’t very useful since it mainly describes what a VPN (most VPN providers seem to do this) although it is pretty. The pricing tab is also a bit too detailed as it explains the pricing for every single variation of user. I suppose this could be useful, but the pricing changes are very minimal if not nonexistent.

The real meat of the website is contained in the features tab and support tab. The features tab has an excellent breakdown of what Cactus VPN offers, but I would have liked details to be condensed better. What is best data encryption available? Does that mean 256-bit Aes? It doesn’t specify on the top of the page, only underneath at the bottom of the page does it say that they use 256-bit AES encryption. Not a huge deal, however.

It doesn’t specify on the top of the page, only underneath at the bottom. Here it does it say that they use 256-bit AES encryption. Not a huge deal for it to be laid out this way, however.

The support tab has plenty of support information to help you if you’re having problems. Each guide is very detailed and laid out, so the information is easy to understand. The content here is also well organized and separated into sections on the main support page.

The dashboard and main client area of the site are also very easy to use. The tabs remain on the left side of the screen, and most operations that are within this online client are readily accessible.  The main dashboard shows active subscriptions, and you can also see invoices, current support tickets, and even emails that you have received. 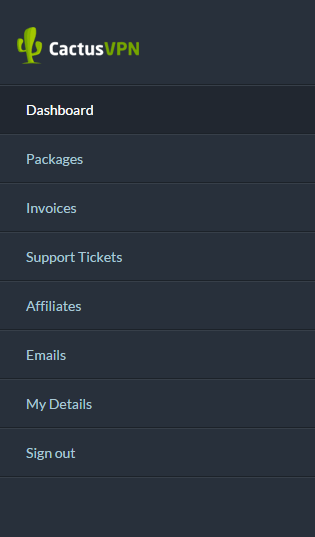 I touched on this briefly on the software section, but I wish CactusVPN would have figured out some way to merge website details with VPN details. I know it’s possible since other VPN providers do this.

CactusVPN has a somewhat limited server selection of 16 servers. However, most of these servers work well and provide good speeds. Most of the major USA cities are covered, but it’s VERY disappointing to see that CactusVPN limits torrenting to servers in Romania and the Netherlands. The site doesn’t even have a server tab advertising an extensive server selection–so it’s definitely one of CactusVPN’s potential growth areas.

CactusVPN uses good 256-bit encryption, and you can use multiple protocols (L2TP/IPSec, OpenVPN, SSTP, SoftEther, PPTP)  through the application. The only bad news is that CactusVPN collects logs for up to three days. These logs measure your connection times (not traffic information). It’s always best to see a no-logging policy. Coupled with CactusVPN’s insistence on only allowing Romanian and Netherlands servers access to torrenting, CactusVPN might not be your best pick for torrenting or privacy related concerns.

Speeds from our tested servers proved very fast on speed tests. We wanted to test the USA servers through a BitTorrent download to see a real example of speeds, but since CactusVPN limits torrenting to the Romanian server–we had to do it that way. Despite that, I was still impressed with the speeds I got, even with the server distance. CactusVPN definitely provides great speeds for streaming or internet browsing, but you might need to find a VPN that allows you more download freedom if you want the best speeds for torrenting.

CactusVPN does have live chat, but only  limited times–from 10 to 18 CET. CactusVPN support replies relatively quickly, and they seem very helpful in their emails. A 30-day refund policy is also generous.

CactusVPN is a perfect middle-of-the-line VPN. Its Windows client ranks among some of the best, as well as its encryption, website, and speeds. But the VPN service is held back by torrenting restrictions, a three-day logging policy, no live chat options, and the lack of a fully fledged mobile application. Once CactusVPN gets more servers, and bundles in some more extra services alongside their Smart DNS options, it’ll be a VPN that feels more soft than prickly.

Thanks for reading our CactusVPN review. Comment below with your thoughts, or leave your own review!