Good / Gom VPN is the #1 Chrome VPN. It’s easy to use and works fairly well if you want to encrypt your browser traffic.

Bad / Gom VPN will give you speed loss, and there is a monthly subscription that you have to consider.

Verdict / Gom VPN is by no means a “real VPN” solution. It’s more of a encrypted proxy solution for your browser that lets you browse more anonymously. However, don’t be fooled. Netflix does not work with Gom VPN (even if they say it does).

Gom VPN is the #1 VPN on the Chrome app store, but it’s also a popular app for iOS and Android. You might be here wondering if Gom VPN is legit or a good VPN to use. In this Gom VPN review, I’ll do a quick look at what this VPN offers. 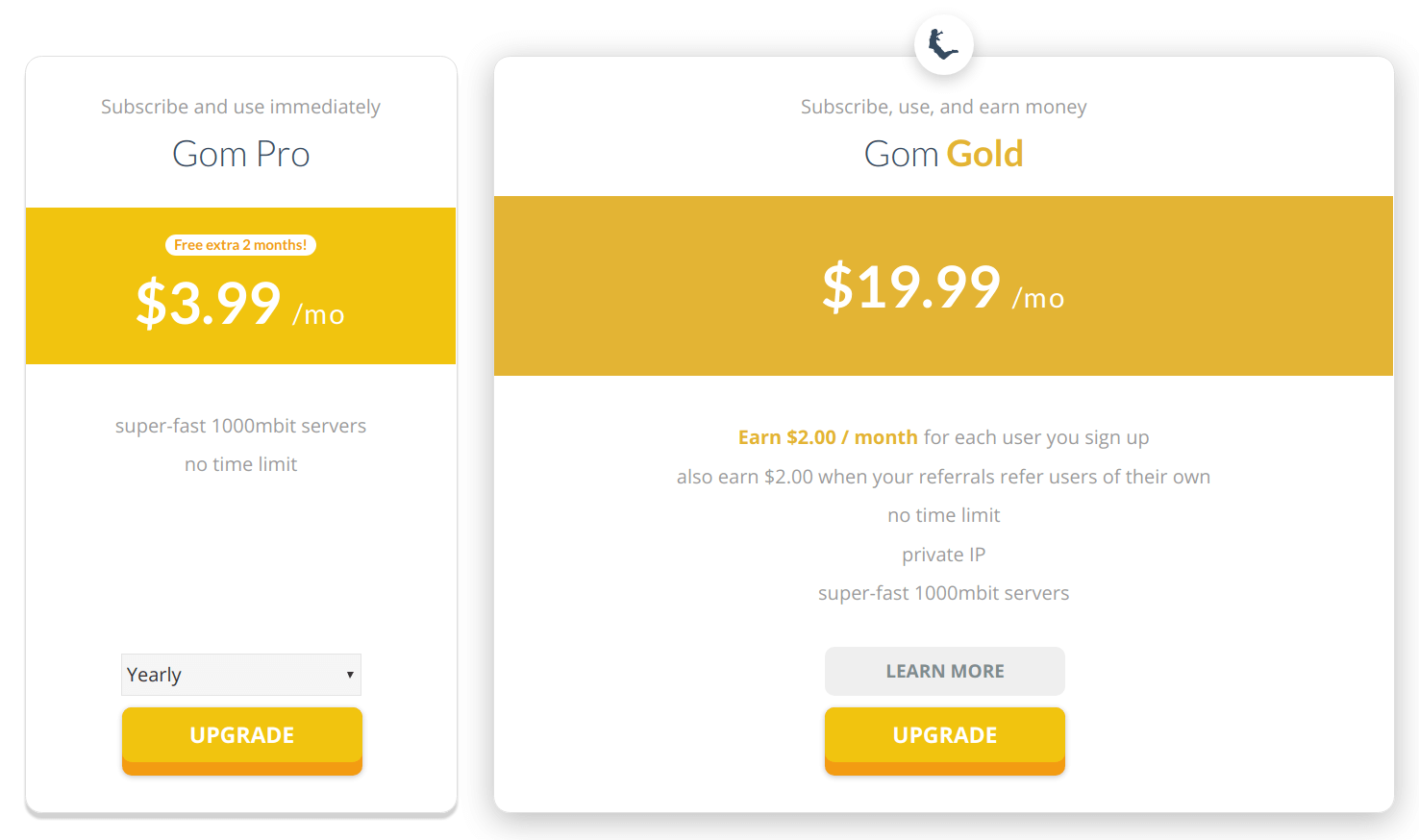 Gom VPN is easy to try out for the first time since it doesn’t even require an account. You can install the add-on and try it out, but the second time you connect, you’ll need an account. Fortunately, once you verify your account you still get a 7 day trial which is rare among VPN providers.

Then, after 7 days, if you like Gom VPN, you can either pay $4.99 a month, or $3.99 a month if you sign up for the year subscription. You also have the option of paying $199 for a lifetime subscription. This pricing is pretty cheap, but there are a few reasons why. I’ll cover that in the software section–however.

One thing to note is that Gom VPN even has a $19.99 a month plan which gives you the ability to recruit people and make money. It also gives you a unique IP, but I’m not really sure how moral this is. Most VPNs allow you to be an affiliate for free, so why is Gom VPN charging? 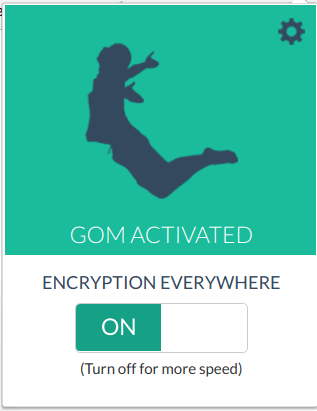 Mainly, Gom VPN is a super basic VPN provider and the service itself is just a chrome app. It’ll encrypt your browser–sure (although the site doesn’t really explain the encryption rate), but your computer’s internet won’t be encrypted like it would be with a desktop app.

Other things like custom servers or additional settings to configure are also missing. The extension is quite easy to use, however since you just click on it to launch and click again to disconnect. 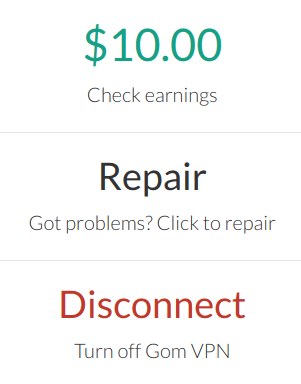 Basically you just launch the chrome app, and connect. From here, your browser’s information is encrypted and your IP is hidden from websites. Theoretically, this should let you access Netflix, and it’s even one of the core features of the app, but it doesn’t work when I tested it in May 2017. I also wouldn’t expect it too. Only TorGuard works with Netflix since they have dedicated IPs.

Gom VPN is fine for browsing websites securely, but since the website doesn’t have any support or FAQ pages about the specifications of the encryption, I wouldn’t trust it to be the most secure.

Gom’s mobile app functions just like the extension for the most part. Just launch it and log in, and connect and your browsing on your phone should be encrypted.

Overall, not much to review here since the same worries about the PC chrome app are true here as well (is it really secure?). Sure, your IP address is changed–if that’s what you want.

Gom VPN claims it works with Netflix and Pandora, but both services didn’t work with me. Besides that, the extension is mainly just like a proxy more than VPN since it changes your IP so websites can’t identify you and ads can’t target your life. You can’t torrent with it, or encrypt all of your outgoing traffic.

Gom VPN’s speeds are OK. For a free VPN / trial VPN, they are OK, but when you consider the service isn’t free forever, and you realize you’ll be getting the same speeds, it’s not as appealing. Using Gom VPN gave me a high latency and browsing webpages was noticeably slower.

Gom VPN is a good proxy/vpn chrome browser extension that is easy to use. The website is decently laid out, but the lack of support as well as information about the encryption leaves a stale taste in my mouth. It’s good to see that there is a pricing model to be had to prevent data selling, but the aggressive focus on referrals and affiliation seem a bit scammy in my eyes. Half of the website is developed for a “referral” dashboard.