Good / Virtualshield has a few promising things that sets it apart. It has a good 30 day trial which is seldom ever seen, and decent speeds for browsing and torrenting are nothing to scoff at.

Bad / A lot of things with Virtualshield VPN feel unfinished–like the app which is missing commonly seen security features, or the lack of a refund policy. Additionally, the pricing plan for one month could be cheaper, an the app needs less bugs and an easier setup.

Verdict / Virtualshield VPN is by no means the worst VPN, and you can get it working–it’s just that there are way more polished, feature rich, faster, and better VPNs out there. Check out our #1 rated VPN, TorGuard VPN, for example.

Virtualshield intitially caught me eye due to the 30 day trial. Then I went and investigated if it was worth using or not. Find out now in this full Virtualshield Review.

If Virtualshield wants to improve their pricing, they’d need to accept cryptocurrency, gift card payments, offer a refund policy, and reduce the price of their VPN itself. 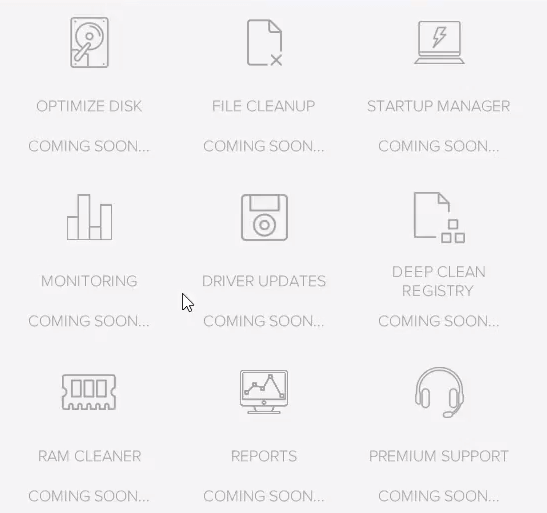 Virtualshield’s software is super basic. It’s essentially just a connect button with a few different servers to pick from. A lot of their extra features aren’t implemented yet, and a significant are locked behind a paywall, and when I tested the software, it wouldn’t work the first time so I had to reinstall it which fixed whatever problem prevented me from connecting the first time. From here, I was able to connect OK which was good, but there was nothing about the application that really impressed me. It’s just a simple standard VPN app without many bells and whistles or polish.

Virtualshield does have a mobile app, which is good to see. I tested it and found it to be mostly satisfactory, if a bit slow and basic. However, it’s easy to see all of the reviews are fake, and the few ones that rate is negatively do have significant gripes mentioning poor customer support responses and the no refund policy which is justified. 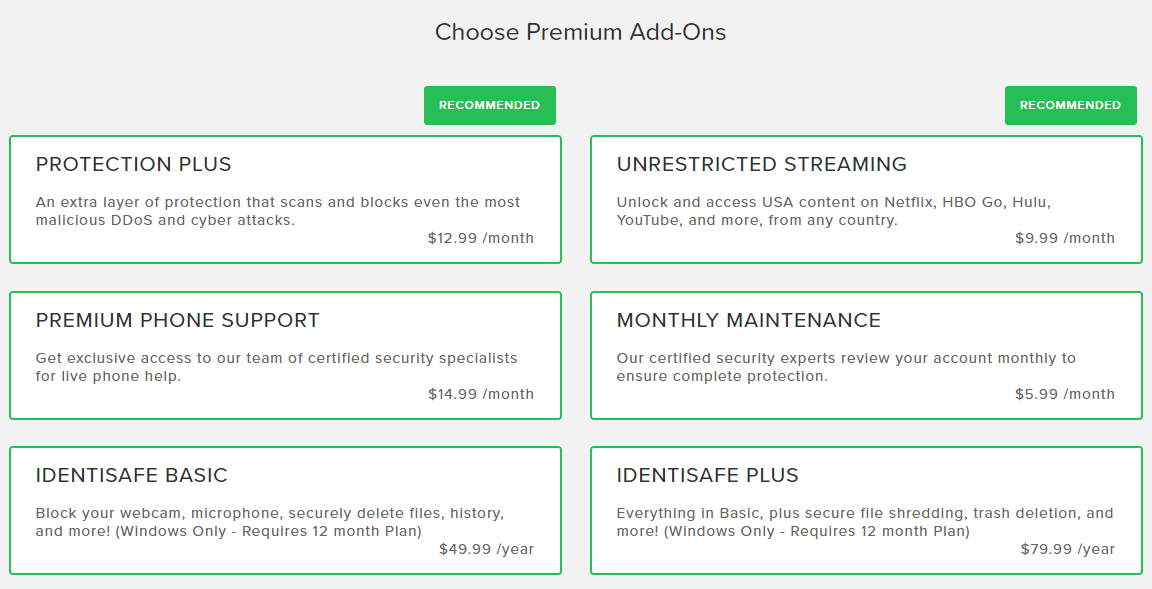 Virtualshield does have a decent amount of extra services, but a lot of them still need to be implemented within the app, and it’s unfortunate to see them charging so much for extraneous features that no one will probably buy. For example, you can spend $50 a year for the ability to block your webcam, or $15 a year for phone support, or more protection for $13 a month, streaming for $9 a month, $6 a month paid monthly maintenance, or extra file deleting applications for $80 a year. If you wanted to get everything Virtualshield offered that most VPNs include for FREE, it would add up to around $54 a month!!!

Virtual shield’s website is pretty standard in terms of a website. It’s nothing too flashy, and it gets the job done. It does feel a bit generic though, with a pretty boring color scheme and generic stock photos. It’s not going to win any design competitions, but it’s easy enough to navigate. There isn’t a forum community, but it’s nice to see active live chat that works on the site. Most of the web

The servers that I tested with Virtualshield worked well enough, but since this is a smaller VPN, there is a smaller selection than other more popular VPN providers out there.

Virtualshield claims that they don’t collect logs, but when I asked the support rep about the encryption rates, he couldn’t answer my question.

Virtualshied didn’t test TOO bad. Actually I was more impressed with their speeds more than anything else. Torrent speeds, however, were just “OK” and nothing special, but speed tests and browsing worked well.

Virtualshield does have live chat, but their reps are a bit lacking in the knowledge department, which suggests they have live chat reps who aren’t trained well or part of the inner workings of the company. Maybe some cheap Indian upwork guys?

Virtualshield is a perfectly mediocre VPN that scrapes by due to decent speeds and a good 30 day trial. However, large parts of the app seem unfinished, and the expensive pricing makes it not worth subscribing to after a month.