Are you looking for the best free VPN for torrenting? Well, you’ve come to the right place, since we’ve taken a look at a ton of free VPNs and come away with only one conclusion–there aren’t any! The best you can do is get a GOOD discount on a paid VPN that is perfect for torrenting.

In this article, we will make sure you are making the right choice for torrenting–which means steering you as far away from “free torrent VPNs” as possible.

We will give you some extremely helpful tips that will not only help your speed and application reliability while torrenting but also make sure that you stay safe.

Sure you could click away and find another article on the same subject, but every article advertising free VPNs is a trick. You need to read the fine lines!

“Free” always has a catch–no matter where you might find the word.Here are some examples in other industries that you might relate to.

Free video games are filled with micro transactions that sometimes cost more than a regular game, and free credit cards often have loopholes that make you pay more money.

You probably have heard of video game companies making thousands of dollars from a small percentage of users–and while free VPNs might not operate to that extreme–costs can add up, and functionality is sub-par compared to VPNs which use a more “upfront” and standard pricing model. 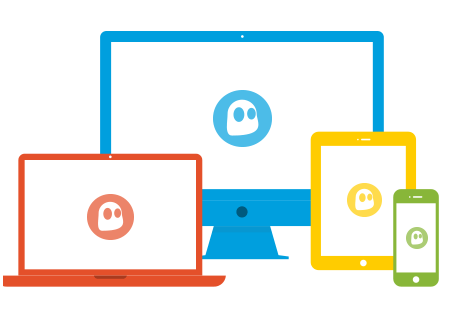 Let’s take a look at Cyberghost VPN–an example of a free VPN listed in some other articles and resources I’ve seen. A few reasons why it is a good and bad free VPN for torrenting is as follows:

So as you can see, there are some pretty significant drawbacks to using Cyberghost VPN as a free VPN for torrenting. Mainly, YOU CAN’T EVEN USE IT TO TORRENT UNTIL YOU PAY!!! In some ways, it could be an OK VPN just to stay anonymous–but since it’s free, that makes me skeptical (I’ll tell you why in a second).

For me, the biggest drawback for a free VPN is the speed, if it even works with torrenting–since I like downloading my torrents super fast–and since free VPNs are so slow, I wouldn’t even bother using a VPN with torrenting and I’d probably be in jail by now.

So while a free VPN like Cyberghost VPN have huge disadvantages, we also need to take a look at the bigger picture. How can a VPN like this make their service free and still profit from it? As of now, they might market themselves as a good free VPN for torrenting, but that’s simply not true. You can only torrent with their paid plan, and other free VPNs have similar tricks.

Free VPNs are paying money for you to use their service. Maintaining VPN servers and the like, as well as maintaining a website, user base, and everything else that comes with running a company costs a lot of money.

So free VPNs make it worthwhile by making money with things like ads. But beside ads, (they can force you to watch them), here are some other potential reasons why a VPN could be free:

So now that you know some of the pitfalls of free VPNs, you might be rethinking using one. So should you use a paid VPN then? Here are some things to think about:

Paid VPNs are Worth the Tiny Cost

#1 Cheaper than a Cup of Coffee

A cup of coffee costs around $4-5, and if you get a yearly subscription to a VPN, it will only cost that price per month, and you get at a ton of benefits and uses out of it. TorGuard, for example, our top-rated paid VPN is only $5 a month with these kinds of packages.

With a paid VPN, you get unlimited speeds, unlimited bandwidth, tons of application compatibility (Mac, ios, windows, Linux, etc.great), and in most cases paid VPNs are very generous with included proxies (perfect for torrenting) and simultaneous connections.

With a paid VPN, you get the best security, and you can be sure that your VPN isn’t logging your traffic. (Let me limit that statement, if you pick the right VPN. Some paid VPNs can be as tricky and malicious as free ones). Some VPNs that don’t log and have excellent security are TorGuard VPN, ExpressVPN, and Private Internet Access.

So now you see why you can’t use a “free” VPN to torrent. Most free VPN providers don’t allow torrenting anyway, so the best choices you have are choosing good cheap VPNs for torrenting.

If you want the cheapest option, PIA is the right choice, since it can be as low as $3.33. My personal favorite is TorGuard since I like their free included proxy and customer service and you can get this for $5 a month or cheaper with our 25% code “Best10VPN” on checkout.