In a lot of ways, the Apple TV, Chromecast, Amazon TV, and other streaming devices like the Xbox One and Ps4 have garnered more attention than Roku lately. These platforms have sneaky little gimmicks that appeal to audiences–like fancy touch controllers, sleek design, or falsely advertised mega-app stores–as well as vigorous marketing campaigns.

However, at the end of the day, Roku still has a lot of cool features and media/hardware implementations that make it worth your while against some of the large competitors.

In this article, we will discuss some of Roku’s key features and advantages, as well as how to access Roku if you aren’t able to access the content you want depending on global geo-restrictions. 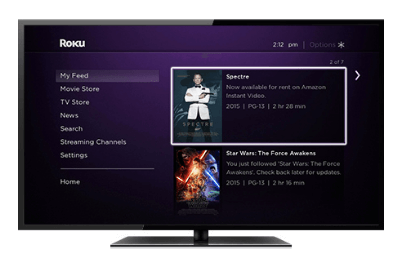 One of the best things about Roku is that there’s no exterior motive behind the company. For example, Apple is biased towards it’s iTunes store, and Amazon obviously wants to push forward Amazon Video.

This means that almost every app you need on Roku works well, and there’s not any particular application missing for some odd reason. When the new Apple TV came out, Amazon Video simply wasn’t on it for an extended time.

Roku is also one of the only streaming boxes out there that gives you access to channels including SlingTV and other programs. According to their site, Roku can give you access to over 300,000 channels and shows.

Roku was also one of the first streaming devices to implement voice search, although some of the other streaming boxes have now integrated that within their hardware.

However, Roku does allow you to listen to your TV by plugging your headphones into the remote, which is handy for late night sessions when your parents or spouse–girlfriend, friend, or whatever–are sleeping.

Roku also has a good amount of games as well as motion controller support within the device. A cool thing about the controller is that it has specific buttons for channels like Netflix for quick access.

So if you’re interested in Roku by now, you might be wondering which Roku to get? The Roku 3 or the Roku 4?

The primary differences between the Roku 3 and 4 are that the Roku 4 is more powerful and a bit more expensive. The Roku 4 is $129 and for that, you get a stronger Quad-core processor, a remote finder, optical digital audio output, and 4k support. The Roku 3 is only $100, but you don’t get any of those advanced hardware features.

Why is Roku Blocked?

If you’re using Roku outside of the United States, you can’t access the Netflix USA library (the largest library), and you also can’t access things like HBO Go and Hulu, since they are US exclusive. You can only access content within your geo-location.

However, if you use a VPN to change your IP address and encrypt your internet traffic, you can circumvent geo restrictions and gain access to content.

How to UnBlock Roku? 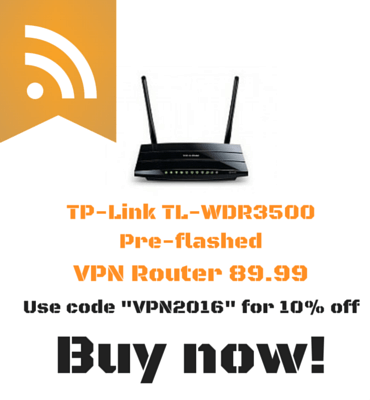 The easiest way to unblock Roku completely, (and any other device on your network) is to purchase a VPN router. A VPN router is a DD-WRT router pre-flashed with software that lets you turn on VPN super easy.

TorGuard is one of the few stores that sells VPN routers, and it also works great with Netflix. There are a few other stores that sell routers, but not directly, and if you have any problems, you can also talk to TorGuard’s live chat.

Let us know if you have any questions about unblocking Roku with a VPN router so you can always access Netflix, Hulu, HBO Go, BBC iPlayer, and more!